The future of outdoor recreation lies in your hands

We are rapidly losing recreational opportunities across the west. I am not asking for your money. Nor am I asking you to attend any meetings or submit comments on a terrible land-use issue. We are reaching out to you to gain support and send a message to our Congressmen. It’s time to take this to Washington for a real solution. Please keep reading…

Introduction
As you may know, we talked a lot about the Tonto National Forest’s recent changes. Chances are if you’re reading this, you’re probably concerned.
In this article, I will reach out to members of the outdoor community across the US. I will give you the solution to the land use issues we have been fighting for many years. But first, I must tell you a little history about how we beat BLM. I will tell you how it works, what to do, and who supports this effort.

After reading this article, you will ask yourself, “why hasn’t my club or organization done this before?” It can only be one of two things, greed or ignorance. From this article, you will have the tools to bring our federal land managers to their knees and force them into compliance. You will be able to bring the power back to the state, in other words, the people. You will level the playing field for your club or organization. Get ready, this is a long one… 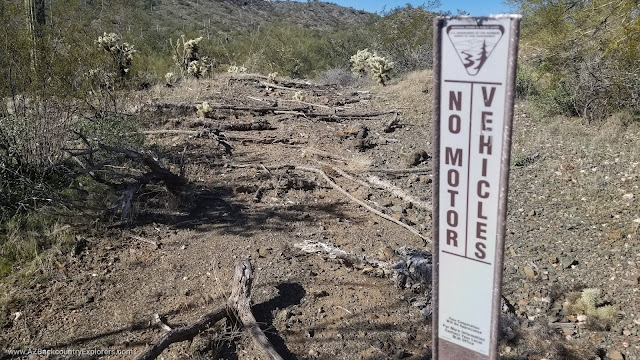 Why we need you

Let’s face it, This is no longer about our backcountry roads. The call for the decommissioning of hiking trails and developed campsites has begun. It’s now time for every man and woman to get involved. If we don’t take action soon, it’s likely the legacy our founding fathers left behind will disappear in the name of environmental regulation. Many of the places I visited as a child are no longer accessible. I fear the same for my children. I can’t help to wonder what we will lose next?

It seems like the outdoor community has given up. Everyone knows our comments won’t stop federal land managers from doing what they want. We submit them anyway because we feel the need to be involved. I come to you today with a proven remedy. Forget the comments and meetings. Complying with the “rule” isn’t the answer. To find the answer, you need to look in the mirror. You are the one who has the power to send a striking message to Washington and change everything. This is why I am bringing you this message today.

The only remedy is the men and woman who we put in Congress to represent us. It’s their job to deal with issues at the federal level, and they want to hear from you. You can not call them with demands. You must be kind and courteous, genuine, and responsible. Remember, they are just people like you and me. Your congressmen may not know about the issues we face. Now is the time for the outdoor community to rally together and send a message to Congress. We must put a stop to the over-regulation of our public lands nationwide. The solution has been right in front of our faces the whole time, and nobody has been paying attention.

These stringent regulations don’t only harm recreational opportunities. Maintaining roads to private property and mining claims becomes difficult. Ranchers are forced to reduce the number of cattle because of poor Burro herding practices. Massive land exchanges threaten access to large swaths of public land while National Forest boundaries encroach on private property. The problems go on and on.

These regulations don’t come from the great men and women of the Forest Service, Bureau of Land Management, and others. With boots on the ground, the men and women take the political heat while higher-ups in parent agencies make decisions. These decisions are dictated by lawsuits and lobbyists paid by environmental groups. The same groups who are dedicated to closing our trails. It’s a constant, uphill battle keeping a good standing with our federal land managers.

No, I’m not calling for an end to environmental regulation. Nor am I advocating for the destruction of public lands, creation of new trails, unregulated logging, or destructive mining practices. I’m calling for an end to the overreaching, illegal, travel management, prohibitions, and planning rules under the basis of congressional review. Keep reading to learn more.

A violation of the Congressional Review Act

The Congressional Review Act (CRA) was signed by President Bill Clinton. It was part of the Contract with America Advancement Act. Meant to strengthen congressional oversight of agency rulemaking, the CRA requires all federal agencies, including independent regulatory agencies, to submit a report on each new rule to both Houses of Congress and to the Comptroller General before it can take effect. The report must contain a copy of the rule, “a concise general statement relating to the rule,” and the rule’s proposed effective date.

The agency must also submit to the Comptroller General a complete copy of the cost-benefit analysis of the rule if any, and information concerning the agency’s actions relevant to specific procedural rulemaking requirements outlined in various statutes and executive orders governing the regulatory process. CRA also established special expedited procedures under which Congress may pass a joint resolution of disapproval that overturns the rule if enacted into law.

Once the rule is overturned, another rule or law cannot be enacted to mimic the disapproved rule.

In 1997 and on October 23, 2017, Senator Lisa Murkowski from Alaska submitted the Tongass National Forest Resource Management Rule to the Government Accountability Office (GAO). The GAO determined the Plan was a rule that was subject to Congressional Review. In response, Alaska filed a lawsuit against the Tongass National Forest to overturn the rule. As a result, the Forest Service settled out of court by exempting Alaska from the Resource Management Planning.

In 2017 representative Paul Gosar and several others from the Congressional Western Caucus developed House Joint Resolution 44 to overturn the Bureau of Land Management Resource Management Plan 2.0 under the basis of congressional review. Both the house and the Senate unanimously voted to disapprove the rule, and President Trump signed it into law. The final decision put a halt to the closure and reopened every single trail on BLM land that was closed by the rule.
The Obama era regulation, resource management 2.0, was put into place in 2015. This new change reversed travel management rules back to previous regulations put in place in the early 1990s.
The final decision reads as follows…

“By operation of the Congressional Review Act (CRA), the Resource Management Planning Rule (Planning 2.0 Rule) shall be treated as if it had never taken effect. The BLM issues this document to effect the removal of any amendments, deletions or other modifications made by the nullified rule, and the reversion to the text of the regulations in effect immediately prior to the effective date of the Planning 2.0 Rule.”

The Arizona people had enough of the ruthless, lawless actions by the Bureau of Land Management. Several people from all over the state, in particular, Mohave County, took measures into their own hands. The Mojave OHV Initiative was formed at the local level. The support of county supervisors, city council members, congressmen, and local representatives was crucial in this fight.

The Mohave County OHV Initiative provided boots on the ground to carefully study the Kingman Travel Management Plan. What they found proved negligence, deception, and a complete disregard of the law. Working closely with our elected officials, Arizona was able to bring the issue to the president’s desk for a final resolution.

The economic impact of the outdoor community

A recent study conducted by Arizona State University and Arizona State Parts and Trails shows a substantial economic impact from the offroad community. I wrote about this a while ago. The study indicates around 1.8 billion dollars spent in Arizona alone. Additionally, the study estimates a total of 1.6 million contributors. May I remind you that Arizona’s population sits at just over 7 million. According to this study, around one-quarter of Arizona’s population owns an off-road vehicle. I believe this is extremely underestimated.

According to the Outdoor Industry Association, the outdoor recreation industry in Arizona contributes 201,000 jobs, 5.7 billion in wages and salary, 21.2 billion in consumer spending, and 1.4 billion in state and local tax revenue.

The economic impact of the outdoor industries in Arizona is enormous. It’s no doubt the loss of this spending will negatively impact the rural economy. Small towns like Crown King and Young would feel it the most as recreational opportunities shrink.

Go to the Outdoor Industry Association website to find the economic impact in your state.

A violation of the Federal Land Policy and Management Act

The Federal Land Policy and Management Act (FLPMA) requires that every trail in existence before 1976 remain open. It specifically recognizes every trial as a valid right of way. Before 1976, every road, trail, railroad, canal, transmission line, and pipeline was granted under the Mining Act of 1865 as well as other laws.

The Mining Act of 1865 was repealed in 1976 when FLPMA became law. RS 2477, part of the Mining Act of 1865, granted American settlers the right to build roads and trails to access their homesteads, ranches, and mining claims. These roads are commonly referred to as “RS 2477 roads” and cannot be closed. Roads that were built after 1976 require a permit, and are owned by, the Federal Government.

The Federal Lands Policy and Management act also gives each state the right to claim RS 2477 roads that fall under the old Mining Act of 1866. Arizona and Utah are the only two states who have taken the initiative to pass legislation claiming all backcountry trails.

In 2014 Arizona Revised Statute 37-931 was enacted and guaranteed every road over federal land will remain open to the public regardless of condition. It gives the state of Arizona broad authority of our backcountry trails, including the right to maintain, widen and pave highways. Arizona Attorney General Mark Brnovich backs up these claims and explains the law in full detail.

The most critical tool in this battle is our elected officials. It’s important to remember these are the individuals who are most likely to help. The Congressional Western Caucus is chaired by Arizona Congressmen Paul Gosar. The group consists of 75 Congressmen and women from around the US dedicated to preserving the western way of life.

Use this article as a reference while talking to your congressmen. Read it word for word if you need to.

Tell your congressmen about your land use issues.


ATTENTION Arizona folks
Let your Congressmen know the Tonto and Apache-sitgreaves Travel Management Plans and over 1500 miles of road closures are unacceptable.
Tell your Congressmen about the Four Forest Restoration Initiative and the 1200 miles of trail closures around the Mogollon Rim.
ALL OTHERS Tell your congressmen about land use issues that face your community.
When calling your congressmen, focus on the 3 key points we just talked about above.
Below I have arranged every member in alphabetical order. Scroll to your state and choose your congressmen. You will find their phone number at the bottom of their house.gov page.

No online members at the moment