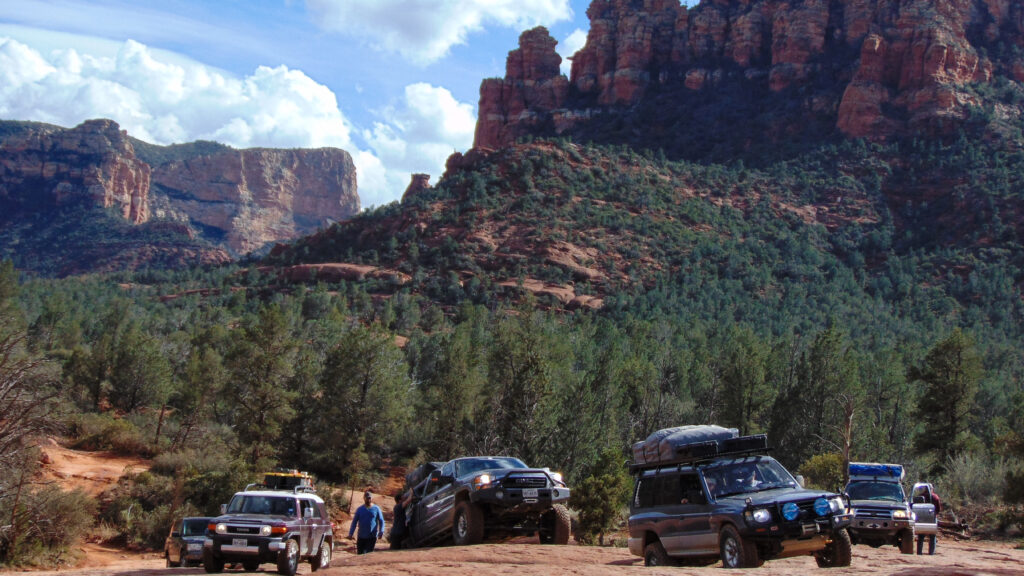 Motorized access around Sedona, Arizona is threatened by city officials.

Sedona, Arizona, is among the most prized destinations in the world for all forms of outdoor recreation, including hiking, mountain biking, camping, and exploring the hidden remains of pre-historic cultures. Among the vast opportunity for adventure are some of the most awesome 4×4 trails in Northern Arizona. Thousands of motorized enthusiasts use these trails, from street-legal vehicles and motorcycles to rental UTVs and Jeeps operated by novice users.

The 4×4 trails in the area are located on public land in the Coconino National Forest Red Rock Ranger District. Some of the well-known 4×4 trails are Broken Arrow, Greasy Spoon, Soldiers Pass, Schnebly Hill, and several others that provide access to trailheads, campsites, and places of significant destination value.

The 4×4 situation in Sedona, Arizona

In 2013 the City of Sedona, in partnership with the US Forest Service, established an OHV workgroup upon multiple ongoing complaints from local homeowners associations along access routes to the most popular 4×4 trails around Sedona. The OHV workgroup consisted of local environmental advocacy groups, Sedona Homeowners associations, and various 4×4 tour and rental companies in Sedona. The workgroup was convened to study and help mitigate what they concluded to be adverse environmental impacts that threaten the health, safety, and mental well-being of Sedona residents caused by an increase in OHV use around Sedona.

In May of 2019, the workgroup published the Sedona Off-Highway Vehicle Report detailing the challenges facing the surrounding community due to an uptick in demand for motorized access. In this report, the Workgroup fails to define an OHV according to Arizona law and quotes the Arizona State Parks and Trails definition of OHV, and goes on to cite ARS 28-1171 while altogether leaving out roll cage, width, weight, and restraint requirements under ARS 28-101, essentially lumping all 4×4 users in the same category.

“Simply put, any motorized vehicle used to travel over unpaved roads and trails is an off-highway vehicle.”

The study suggests several improvements to help 4×4 tour, and rental companies mitigate these issues, including switching to Electric Vehicles, switching to quieter vehicles, and utilizing improved equipment and technology and goes on to recommend acquiring Arizona OHV funding to accomplish the goals of the Workgroup. Among their detailed recommendations are education programs, a website, sound regulations, law enforcement, road restrictions, staging areas, and alternative access.

The workgroup acquired $300,000 in OHV grant money from the Arizona Parks And Trails to accomplish some of the goals of the workgroup. The funding paid for Forest Service staff, including an OHV coordinator, two seasonal employees, and increased law enforcement presence. In addition, the grant helped pay for comprehensive planning and interagency coordination of the OHV Workgroup. The workgroup was able to accomplish 33 miles of trail maintenance, rehabilitate approximately 3/4 of a mile of closed forest roads, install 53 new signs, and promote education programs, maps, and information.

Despite their efforts, the perceived issues the OHV Workgroup sought to mitigate did not change and only got worse. A small group of residents continues to complain about loud noise and speeding vehicles. They argue that 4×4 vehicles are pulverizing the dirt, covering the trees, blocking them from photosynthesizing, ultimately killing them.

One resident who has gone on a campaign to harass and destroy local rental companies hired a “professional” to discover why trees are dying in her front yard. Dust from passing offroad vehicles, they concluded, is the cause of mortality of trees along the road, although there is no documented scientific evidence of this ever happening. Furthermore, she claims that noise from 4×4 vehicles harms her mental well-being, and the RROCC, media, local politicians, and environmental groups are parroting her story.

However, the Coconino National Forest around Sedona is known to have several insect infestations. There are hundreds, if not thousands, of documented occurrences of Beatles, Saw Flies, and Tussock Months infesting several species of trees in the area. Many large areas have suffered complete mortality of several species of trees due to bug problems.

The workgroup addressed concerns to help mitigate the effects of 4×4 traffic in the surrounding neighborhoods. The concerns raised to the workgroup included: 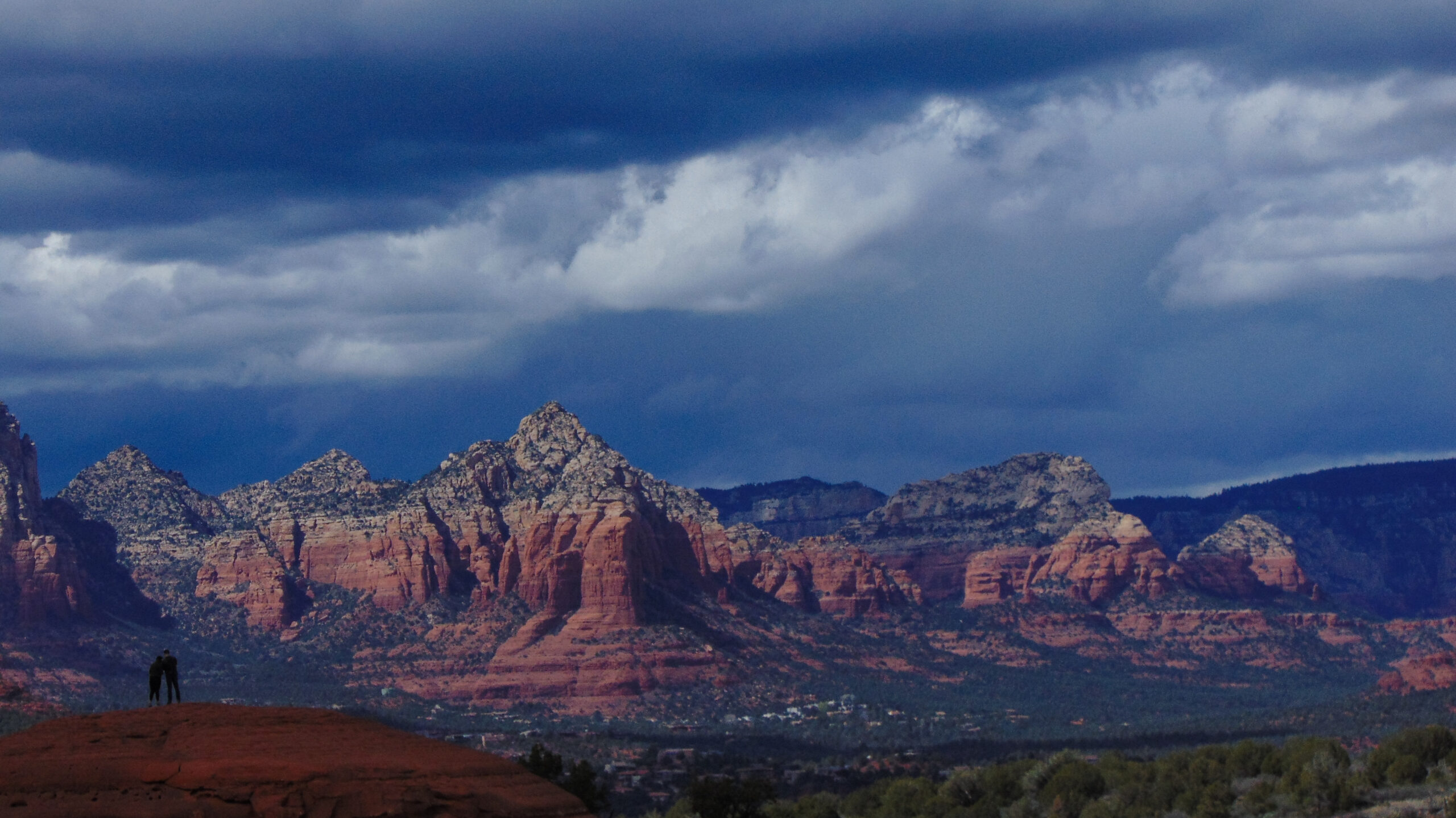 Read the report below!

On July 21, 2021, Coconino National Forest Supervisor Laura Jo West sent a letter to all 4×4 rental and tour companies in the Verde Valley threatening hard closures if something isn’t done to mitigate the harmful impacts of OHV use around Sedona. In response, the Sedona Chamber of Commerce, which defines itself as an “advocacy group,” expanded the Sedona OHV Workgroup and established the Red Rock OHV Conservation Crew (RROCC) as part of the city’s “Sustainable Tourism Plan” in partnership with Tread Lightly!, and other environmental advocacy groups like Keep Sedona Beautiful, Verde Front Collaborative, Red Rock Trail Fund, Oak Creek Watershed Council, Home Owners Associations, a handful of OHV users, and 4×4 tour and rental companies.

The participating 4×4 rental and tour companies pledged 1% of sales, which is estimated to generate over $400,000 for the Coconino National Forest over the next year. However, the City of Sedona and Tread Lightly! are portraying RROCC as solely driven by the 4×4 industry, which isn’t true.

Many of these groups are responsible for the previous force to establish the surrounding area as the Red Rock National Monument in 2015. Luckily, residents were able to stop the designation from taking place, but now the deck is stacked against us.

Sedona City officials plan to regulate 4×4 use in and around Sedona.

Sedona City officials are ready to discuss “possible action regarding the regulation of Off-Highway Vehicles within the Sedona City limits and the surrounding area” in their upcoming City Council meeting on October 26 at 4:30 pm. Keep Sedona Beautiful reported the Council will be discussing “how to manage the uncontrolled OHV traffic on Forest Service Roads 525 (the road to Palatki) and 152C (the unpaved section of Boynton Pass Rd).“

We ask our readers to get involved with this public meeting and voice your support for motorized access around Sedona. We intend to show the Coconino National Forest and the Sedona City Council that most motorized users recreate responsibly. You do not need to be a resident of Sedona or Arizona to take action on this proposal. Public land is public land, no matter where it is.

We want as many 4×4 users as possible to sign our pledge below. Please consider adding your name to the list. 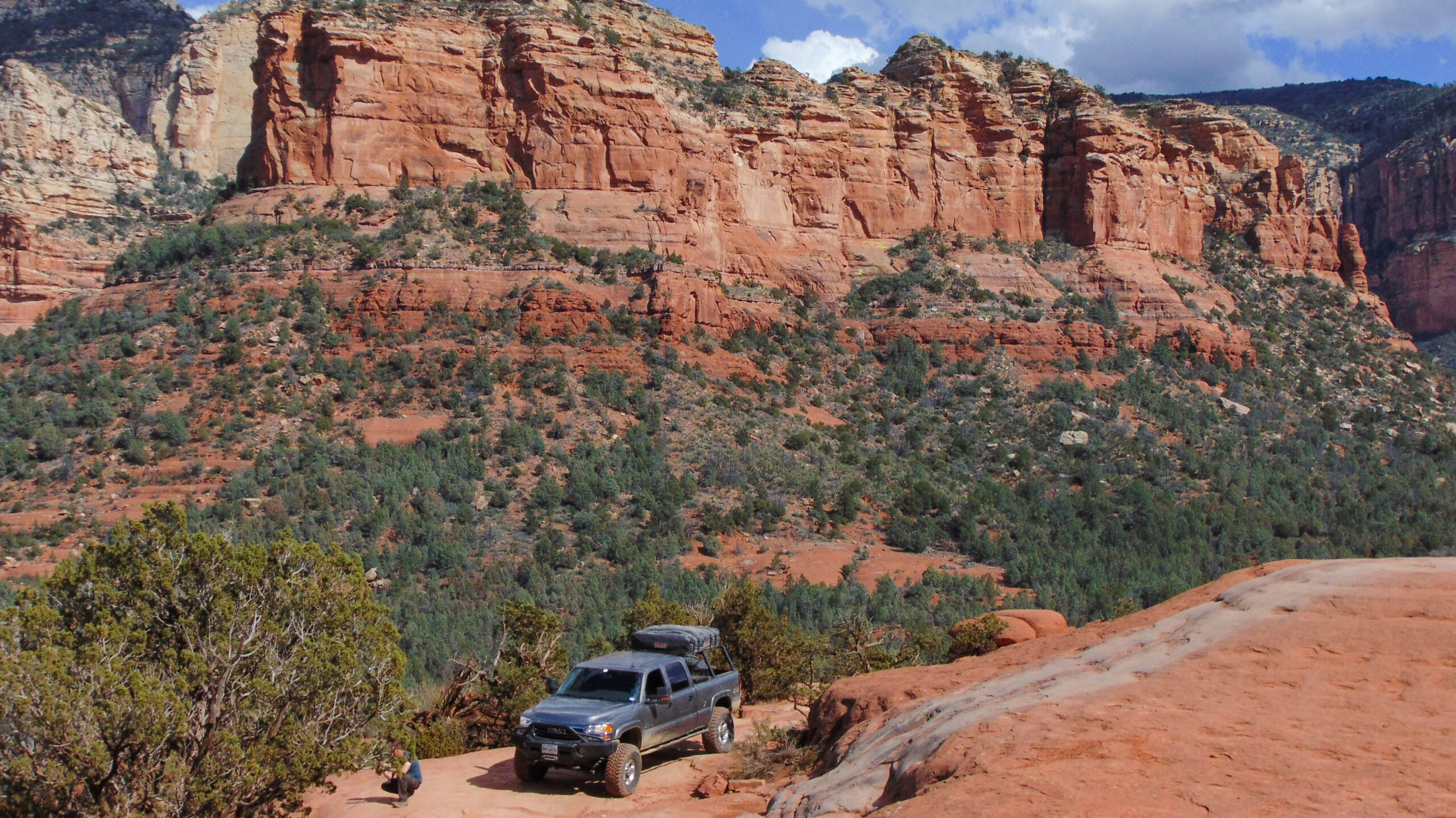 people have signed the pledge.

We will live stream the City Council meeting on October 26th at 4:30 pm on our social media.